Meet Andy: a 45 year old, married father of two who runs a web design and social media marketing company. Andy is also our social media manager for InShapeMD – San Angelo and Any Lab Test Now (San Angelo, TX) so he comes in to visit us from time to time.

On one such occasion, both he and his wife came in to visit and get a B12 injection when his wife inquired about what all was involved in the testosterone therapy . After we explained how the program worked and the many benefits associated with it, she immediately informed Andy that he would “get” to partake in the program. Actually, it didn’t take much convincing at all, and after a blood draw, he was well on his way to more energy, endurance and stamina.

Over the next several weeks and months, Andy will be checking in with his story and progress. But like any good story, there’s always a beginning. So here’s his story in his own words…

It all really started out as a joke….

My wife had an off day and since I had to go in to InshapeMD to visit with Jana about her website and social media needs, I figured it would be a good time for the two of us to get a couple of B12 shots as well for a little extra energy for the week. As Jana and I were discussing business, the subject of testosterone therapy came up and that peaked my wife’s curiosity. After Jana explained how it worked and what some of the benefits (an increased and enhanced “drive” being one of them) were, my wife immediately said “sign him up”. I suppose the decision was made for me, but in all honesty, it was something I was considering for awhile. I had noticed I was getting tired early in the evening which often left my significant other a little disenfranchised from time to time. I was starting to feel my age and I really didn’t like it too much. I love having the mind of a 45 year old, but having the drive and intensity of a 23 year old was equally appealing. Needless to say, it didn’t take too much convincing to get on board with the program.
It all begins with a simple blood draw to test your testosterone levels. After a few days, the results were in and my levels were low…almost 500 points low from the average for a man of my age. So, after one more blood test, I was well on my way.

After about 2 weeks, I met with the nurse practitioner at InShapeMD – San Angelo and we went over the therapy process. Seemed simple enough: one injection per week that I could either give myself or have the staff give me (I chose the latter). She told me that after about 6-8 weeks, I should start feeling better and have increased energy. It only took 3!

Yes, after 3 weeks, I started feeling the benefits and with each passing week, I’m feeling more like my old self again. And my wife certainly has no complaints either. I’m entering week #5 which means it’s time for another blood test to determine if my levels are where they should be. More on that later.
Guys: if you’d like to get your “drive” back, then I encourage you to read more about testosterone replacement therapy (TRT) and what it could possibly do for you and your health. Visit their website at https://inshapemdtx.com/testosterone-therapy/ and see what I’m talking about.
In the meantime, I’ll continue to report my progress here so be on the lookout for my next blog entry. 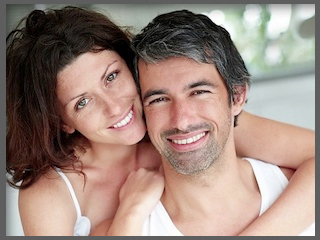 Results may vary from person to person. Each individual is unique as are results of treatments. Factors such as food intake, rates of metabolism, levels of exercise and physical exertion may influence results.

We specialize in medical weight loss and bio-identical hormone therapy as well as providing a variety of other weight loss plans to meet your needs.